Overview of Campus Life at IITs

IITs have sprawling campuses with a variety of accommodations for the students, academic scholars, and faculty. You may please visit the (ExploreIIT> IIT website) to know more about the accommodations on campus.

Recreation and Wellness Activities on Campus

They also allow devices such as PS4, XBOX1, Nintendo, and Mobiles for video games. IITs offer the students a concept for a bright future, so they allow games that are historical and futuristic. Besides, an Inter IIT Sports Meet is held annually where athletes from all 23 IITs compete in 13 different sports for the General Championship Trophy. 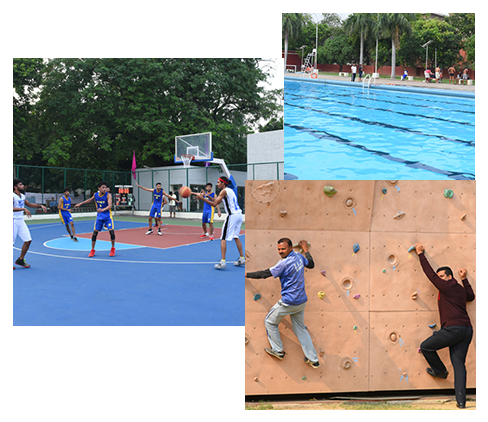 IITs have a world-class infrastructure with all the facilities. The IITs are equipped with advanced facilities such as audio-visual aids in classrooms, virtual teaching amenities, and Well equipped labs.

IIT campuses provide a good atmosphere and allow for efficient teaching and learning.

In the promotion of innovative and interactive teaching and learning environments, IIT classrooms play a vital role. Both the latest equipment and technologically sophisticated audio-visual aids are available in the classrooms.

Men and women are provided with separate hostel facilities by IITs. The international students may be given the option of an exclusive ex-pat hostel at a few IITs. IITs hostels are fitted with modern amenities and services.