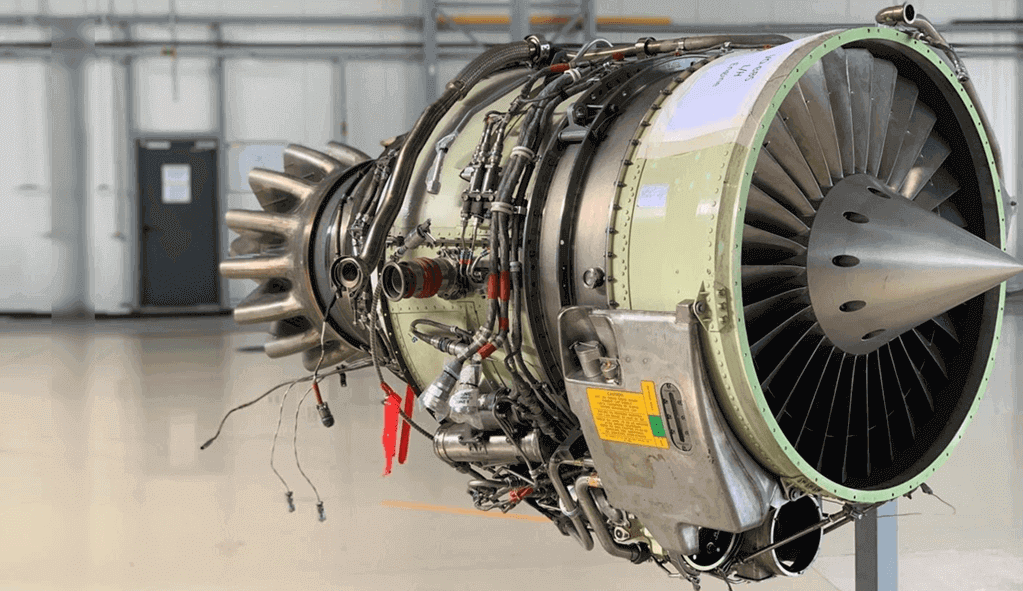 With the growing need for enhanced performance and faster speeds of aeroplanes, the operating temperatures of their combustion engines are rising. Inside, the blades of the gas turbine that powers the aircraft have reached their limit in withstanding the heat. There is a need for improved cooling systems to take away this heat and keep the blades functioning for longer. In recent research, scientists from the Indian Institute of Technology Bombay (IIT Bombay) have used the Laws of Thermodynamics to establish optimal designs for cooling down gas turbine blades and other devices.

In physics, „work‟ has a precise meaning: it is the amount of energy spent in displacing objects. It quantifies useful energy. Heat, on the other hand, is randomised energy, which is not an energy resource. For example, heat cannot directly power a fan or a car. Physicists quantify the irreversibility of converting heat into work by what they call „entropy‟, which increases in any

system as time progresses. That is, more the heat generated by a system from the conversion of resourceful work to heat, more is the entropy produced.

To cool down any surface, scientists lace them with minuscule tubes, which they call

„microchannels‟, having diameters of about a millimetre to a thousandth of a millimetre. They pass fluids like air, water, or liquid nitrogen through the tubes to carry away the excess heat from the surface of the solid. The entropy in cooling systems is known to reduce significantly if the diameter of the tubes through which the coolant flows is small.

The researchers worked with the mathematical equations that govern the fluid flow through the microchannels and clubbed them with the known laws of Thermodynamics to study how the entropy depends upon the dimension of the tubes. The research was carried out by Dr Pallavi Rastogi during her doctoral studies, under the guidance of her advisor Prof Shripad P. Mahulikar from the Department of Aerospace Engineering.

First, the researchers modelled a cooling system having a single microchannel of length 10 centimetres carrying the cooling fluid. They found that the entropy of the system increases negligibly on decreasing the diameter from 1 millimetre. Even then, they showed that it is possible to carry out cooling efficiently until the diameter is about 0.2 millimetres. Below this diameter, however, the flow of the fluid becomes unpredictable and deteriorates in quality. Moreover, the amount of power needed to pump the coolant shoots up.

When the diameter of the tube falls below a millimetre, studying the flow of fluid becomes more complicated. “Properties of the fluid, like velocity and temperature, vary along the flow, which we need to take into account in our calculations. Also, the different layers of the fluid have considerable mutual friction, which generates heat,” explains Dr Rastogi.

As the researchers decreased the diameters of each tube, their theoretical study predicted that two competing mechanisms of generating entropy in the fluid come into play. “When we decrease  the dimension of the tubes and approach the microscale, we need more pumping power to make the fluid flow through the channel. This generates more entropy,” explains Dr Rastogi. However, the microchannels also facilitate better conduction of heat, thus reducing the entropy. “So we tried to reach an optimal solution in which minimum entropy is generated,” she adds.

The researchers found that there exists an optimum number of tubes, and an optimal diameter of each tube, that can successfully carry away the required amount of heat. For the total length of the tube fixed at 10 centimetres, around 230 tubes each of diameter close to 66 microns must be used parallelly, they concluded.

According to the researchers, the mechanism can be used to cool down other devices such as microchips in integrated circuits and photovoltaic cells, the fundamental components required for converting solar energy into electricity. “We have carried out a theoretical study on the mechanism behind cooling down IC chips, photovoltaic cells, or even blades of gas turbines of aircraft,” says Dr Rastogi. Having solved the mathematical aspect of the problem, researchers will need to adapt it to the various target systems.